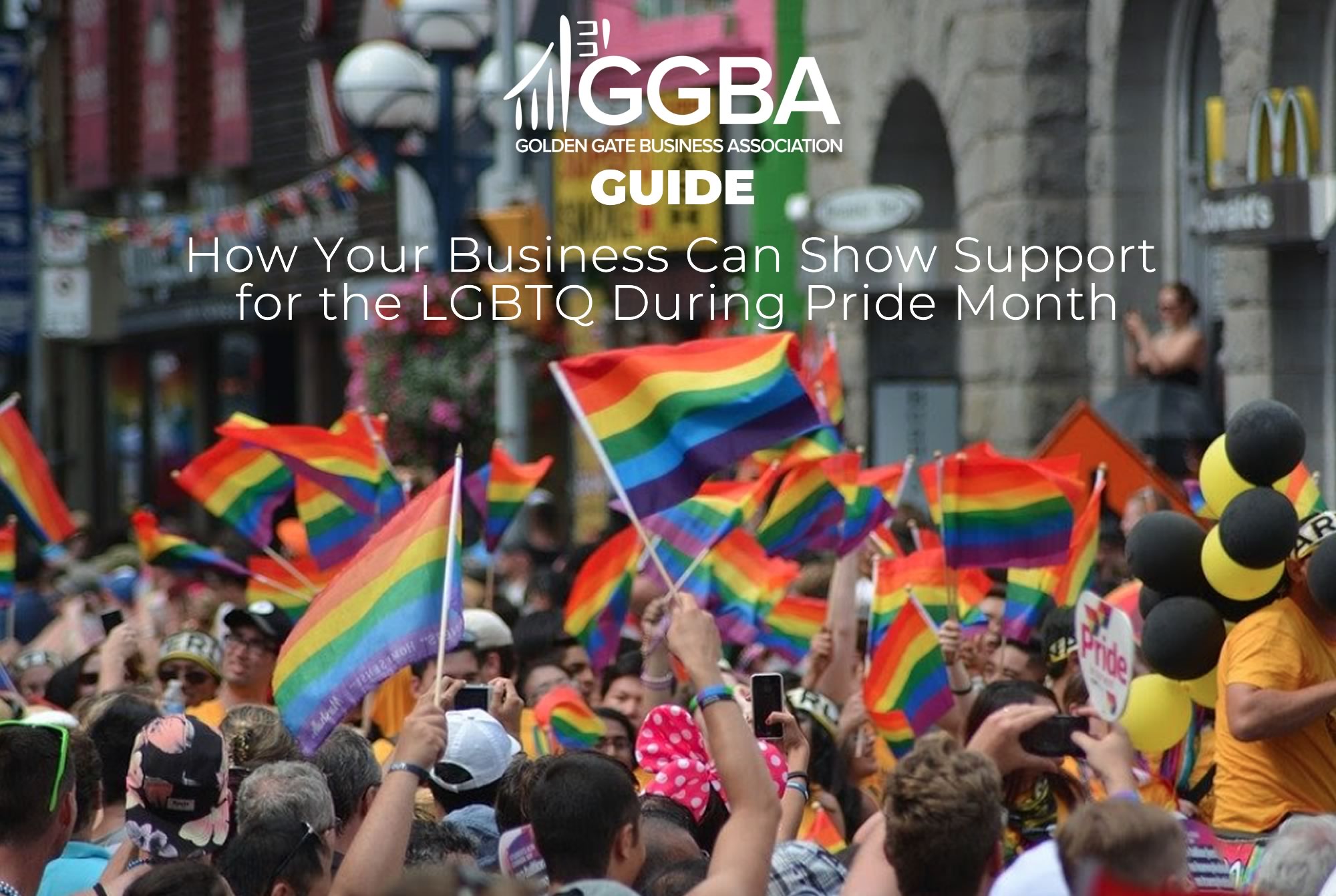 Supporting and celebrating the LGBTQ community at work is important, especially during pride. Read on to learn how your work can celebrate pride month.

How Your Business Can Show Support for the LGBTQ During Pride Month:

Every year when the month of June rolls around, two major things are happening within our country. The heat of summer is setting in and we come together as a nation to support our LGBTQ citizens during Pride month. The month of June is dedicated to energetic dancing, uplifting music, massive parades, and rainbow flags waving in the summer breeze, all of which have their roots in decades of work by the dedicated LGBTQ+ rights activists who made these celebrations possible. In San Francisco alone, men like Harvey Milk and women like Theresa Sparks amplified LGBTQ+ rights messages and raised our community’s profile.

This is the one month out of the entire year where anyone who finds themselves on the LGBTQ+ spectrum are celebrated and recognized rather than marginalized and scrutinized for their sexuality. Pride month commemorates years of struggle for civil rights and the pursuit of equality for lesbians, gays, bisexuals, transgenders and queers alike.

On June 2nd in the year 2000, President Bill Clinton declared the month of June, “Gay and Lesbian Pride Month” in honor of the Stone Wall Riots that took place in New York City back in the summer of 1969. In 2009, President Obama revamped the month of June to be known as Pride month. Seemingly, the celebrations within all 50 states have only become greater and more colorful since.

Let’s take a look at how you and your organization can celebrate Pride and uplift the ongoing work of securing equal rights for the LGBTQ+ community.

5 Ways Your Business Can Show Their Support for the LGBTQ

If you live in San Francisco, don’t hesitate to join the GGBA! Our work uplifts and celebrates LGBTQ+ business throughout the year. Contact us at info@ggba.com or click here to apply today https://ggba.com/join-ggba/

Since the Stonewall Riots, we have come a long way as a society. Four years after the riots, the American Psychiatric Association removed homosexuality from an extensive list of mental illnesses. Then, nearly 45 years later on June 26th 2015, the supreme court made the historic decision to strike down a ban on same sex marriage, legalizing it across all 50 states.

This decision was a nearly fairytale ending to Pride in 2015. The legalization of same sex marriage was celebrated not only by the LGBTQ+ community, but American citizens from all walks of life. For the first time in American history, the White House was lit up with the colors of the rainbow as crowds thousands deep celebrated outside the Pennsylvania Avenue gates.

The celebrations spanned coast to coast with rainbow fireworks lighting up the night skies from New York City to San Francisco. These celebrations proved that the LGBTQ does not stand alone in the fight for equality and showed true promise for the future of our nation.

Fun Events to Showcase Pride Month in the Office

Here’s what the GGBA has on offer for this year’s virtual Pride:

Whether your business decides to go all out and celebrate Pride month with a drag show, or simply showing support by making donations to the LGBTQ community- no action will go unnoticed. As the world’s first first LGBTQ chamber of commerce, we love supporting LGBTQ friendly businesses and believe that by coming together, we can really make a positive change in our society.

Are you ready to spunk up your Pride month? Contact us with any more questions you might have when it comes to raising awareness or celebrating this June.

Our email is info@GGBA.com and we look forward to hearing from you!