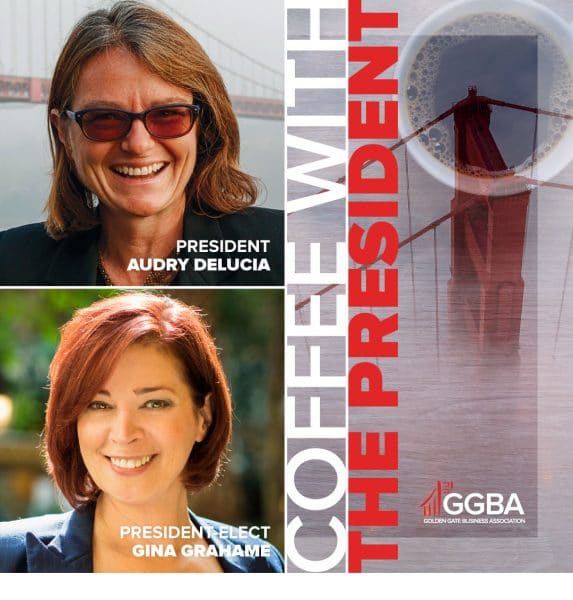 Conversation ran the gamut from his work on SFO’s new Terminal 1, the Harvey Milk Terminal, to being an instructor at the University of California Berkeley, to the importance of being around like-minded individuals at the GGBA, to ‘life in San Francisco’ with his husband.

Tim’s expertise in design and branding for large scale and boutique spaces and is easily seen the samples of his work, most recently the new Harvey Milk Terminal at San Francisco International Airport. Tim’s part of the redesign was done while employed at his former company, before striking off on his own and launching Haggerty Design.

Tim spoke so passionately on the importance of being your full authentic self in a business setting; of being an openly LGBTQ person, and a small business owner, and to be embraced for both equally. Their conversation underscored the important role organizations such as the GGBA and NGLCC continue to play, even in our time of unprecedented acceptance within mainstream American life.

We are thrilled to have Tim as a new member, and he is someone you’ll really enjoy getting to know at upcoming Make Contacts and other GGBA events.

Super Bowl 50 Is Working Hard to Be LGBT-Friendly